Marymount (Los Angeles) continues to build its resume and tighten its grip on the No. 1 spot in the MaxPreps Top 25 high school volleyball rankings, sweeping Mount Notre Dame (Cincinnati) and handling Hamilton (Chandler, Ariz.) in a four-set win to claim the made-for-TV GEICO Invite title in Arizona. It’s the third title the Sailors have earned this season after winning the Durango Fall Classic and Nike TOC Southwest.
Cari Klein’s team showed off its relentless offensive attack led by Elia Rubin on the ESPN broadcast Saturday night. She hammered 20 kills with 13 digs and three aces in the four-set victory, but the Sailors have shown all year it’s not just Rubin. Hitters Kerry Keefe and Torrey Stafford provide extra weapons for setter and Kelly Belardi. Middle blockers Rhiann Sheffie and Dior Charles give the Sailors a presence at the net and libero Megan Verbiest adds an extra layer to the defense.
Hamilton, despite losing to Marymount, climbs 11 spots to No. 12 as the Huskies showed grit in an epic five-set win over Assumption and moxie in the loss to the Sailors. 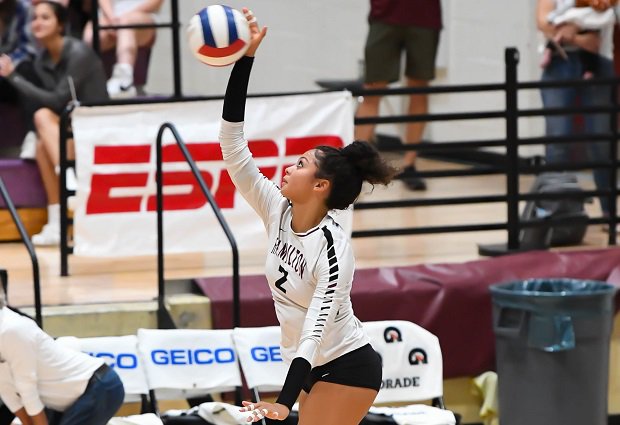 Highlights: The Sailors came up big on national TV with the sweep of Mount Notre Dame and the four-set win over Hamilton.
Next: Oct. 13 vs. Alemany, Oct. 14 vs. Mira Costa

3. (3) St. Pius X Catholic (Atlanta), 44-1
Highlights: The Golden Lions finished off a one-loss regular season with a pair of sweeps over M.L. King and Marist. The lone loss was to Ponte Vedra in the Nike TOC Southeast finals.
Next: TBD

What’s The Difference Between The Paralympics And The Special Olympics? : NPR

5 things to know about Wednesday’s Badgers volleyball match at No. 6 Nebraska |